Here’s what some of our Music SA Cert IV students are getting up to lately:

Slick Arnold is putting on a show at the Cranka on 20 November called “Beerz and Bandz”. In honour of the event title, Jack Crawford from the band has shared their list of  5 favourite beers and 5 favourite places to drink beer: “Coopers Dark Ale, James Boags, Sapporo, Squire Golden Ale, West End Draught; and The Whitmore Hotel, The Austral, our houses, Worldsend Hotel, the beach.” We’re sure the Cranka will be on that list too after the 20th! Join them, Overview Effect, Electric Space Weasel and The Enjinears for the show.

Also on the gig front, Sinners Against Saints are looking forward to a spooky gig at Carclew this weekend. As Vicki Peterson tells us, the venue is known to be haunted, so it seems there timing of the show on 1st November (ie. the day after Halloween) is pretty good. Heck, it may even still BE Halloween in the USA during the show! $10 entry gets you in the door, and you’ll also be treated to Our Conquest, Hollow Eyes, Cold Front and more. 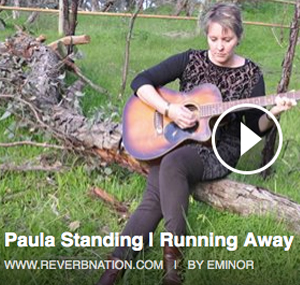 Congrats to Paula Standing on the release of her new single, “Running Away”. Quite the voice she’s got there! She’s been doing the radio rounds to promote it, and you can take a listen on Reverbnation >>

We’re also super proud of our Music SA Cert IIIs, who are celebrating their graduation tonight with a showcase at Nexus Cabaret. Here’s Vanessa Marouso at soundcheck, sounding spectacular!