It’s on! Music SA’s new Music Business Cert III students arrived last week, and our Cert IV in Music Business is on the way very soon, bringing with it some exciting changes in 2015!

More on that in a moment, but first, let’s look back at some of the achievements of our talented Music SA alumni. Did you know that award winning and popular acts – including members of The Beards, Slick Arnold, Daybreak & many more, plus music identities such as Alice Fraser & The Porch Sessions’ Sharni Honor, are all alumni of our Music SA courses? We are very proud to have been a part of their journey.

Most recently, our crop of 2014 Cert IIIs featured a particularly creative bunch. All ten of these artists, ranging from 15 to 18 years old, worked hard on the core areas of “Image”, “Song”, “Story”, and “Show”, culminating in a spellbinding end of year showcase. They nailed the look and sound, and it was clear they embraced the mantra of Tom Jackson (Nashville based performance coach): “every song doesn’t sound the same, so they shouldn’t look the same.”

There were many highlights of the evening, and you can find some stunning photos by Helen Page on our Music SA Facebook page.

Watch this space for news of when we upload songs by these artists, as recorded on the night by creative Music SA tutor & mentor, Dale Taylor. You should also take the time to read the amazing speech given at the event by Music SA tutor and award-winning music business identity Alice Fraser, as posted in an earlier blog.

We’d like to give a huge shout out to all the students for realizing their personal and group vision for the night, and presenting their art in such an authentic way. Given the sparse resources and limited budget we had, there were amazing outcomes and we proved that there is more than one bottom line. This was a major step for building sustainable careers in the music industry, here and globally.

In our Cert IV in Music Business team, we helped create some new and emerging music-preneurs. Keep an ear out for Tomorrow Rising, Slick Arnold, The Enjinears, Paula Standing, Sinners Against Saints and Daybreak.

In fact, you may have already heard that Slick Arnold won the SA heats of the National Campus Band Competition, and jetted off to Sydney for the finals. Jack from the band first did our Cert III course and got the band together, and then maximised their marketing and positioning while doing the Cert IV.

Tomorrow Rising’s main project during their Cert IV was to launch a new EP. Mission accomplished, as they created a strong visual image for their band, recorded the EP and successfully released it with a hot show. Band member Stef has taken the full journey with us, starting from a Cert I in recording, a Cert 2 in music performance, and now Cert III & IV in Music Business!

The Enjinears did not exist prior to their participation in the Cert IV in Music Business, and now they’ve branded themselves and released their very first single, ‘Playstation Generation’. Also new to the scene is promoter company Sinners Against Saints, launched during the Cert IV course. Focussing on Adelaide’s hardcore scene, it developed and successfully staged its 1st all ages gig at the iconic location of Carclew.

Singer songwriter Paula Standing developed the presence of her act during the Cert IV, while also releasing a new single. Paula has become an integral part of the Adelaide Song Project, featuring a song written specifically about the history of the city, and an accompanying video. Most recently she finished shooting songs and interviews for the Delilah Davies Show on Channel 44.

Last but not least, Marcus of very popular punk pop act Daybreak, did his Cert IV in a previous year, and his band is now racking up thousands of likes and fans on Facebook & YouTube, selling out east coast shows, and has released their first EP. Band manager Alex has just completed his Cert IV with us too, and has helped the act develop and maintain their professional outlook.

Say G’day to The Beards, whose band member Michael studied with us in 2008-09. His globe-trotting, ARIA nominated act regularly packs out shows across the nation (when they’re not on tour in Europe), and also a homegrown favourite, most recently taking out Best Pop Artist of SA’s 2014 Fowler’s Live Music Awards (FLMA). Also racking up the FLMAs is Julia Henning (alumnus from 2007-08), who took home the prize for Favourite SA song and Favourite SA band of 2014. 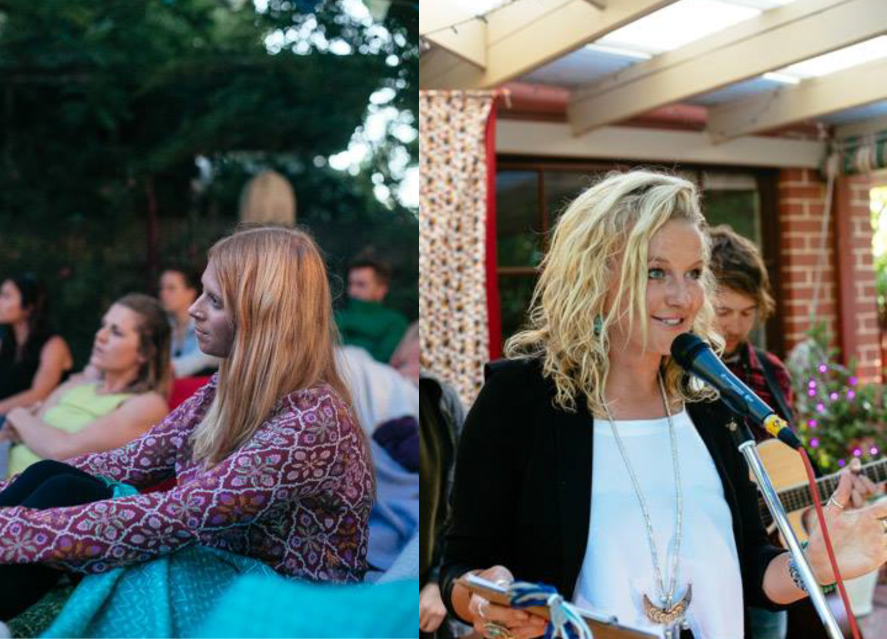 Alice Fraser needs no introduction to those in the know of the SA music industry – and beyond! Currently in the UK doing an internship with Communion record label, she has enjoyed great success with her booking and promotions company The Jam Room, now re-branded as Creative Arts Collective, and has picked up several awards along the way, including Best Music Organisation in the 2014 FLMA. An alumni from our Cert III + IV in Music Business, as mentioned above she’s now one of our beloved tutors!

Following in the footsteps is Sharni Honor, who runs popular (and always sold out) series The Porch Sessions, winner of 2014 FLMA Best Music Initiative. Sharni ran the 1st Porch Sessions in Nov 2013 as her Cert IV project.

It just goes to show, our former Music SA students are going places in the music biz!

We look forward to welcoming our next crew of Certificate IV in Music Business students on 10 March 2015.

We are now taking expressions of interest for enrollment for the sessions, which start at our new home in St Paul’s Creative Centre.